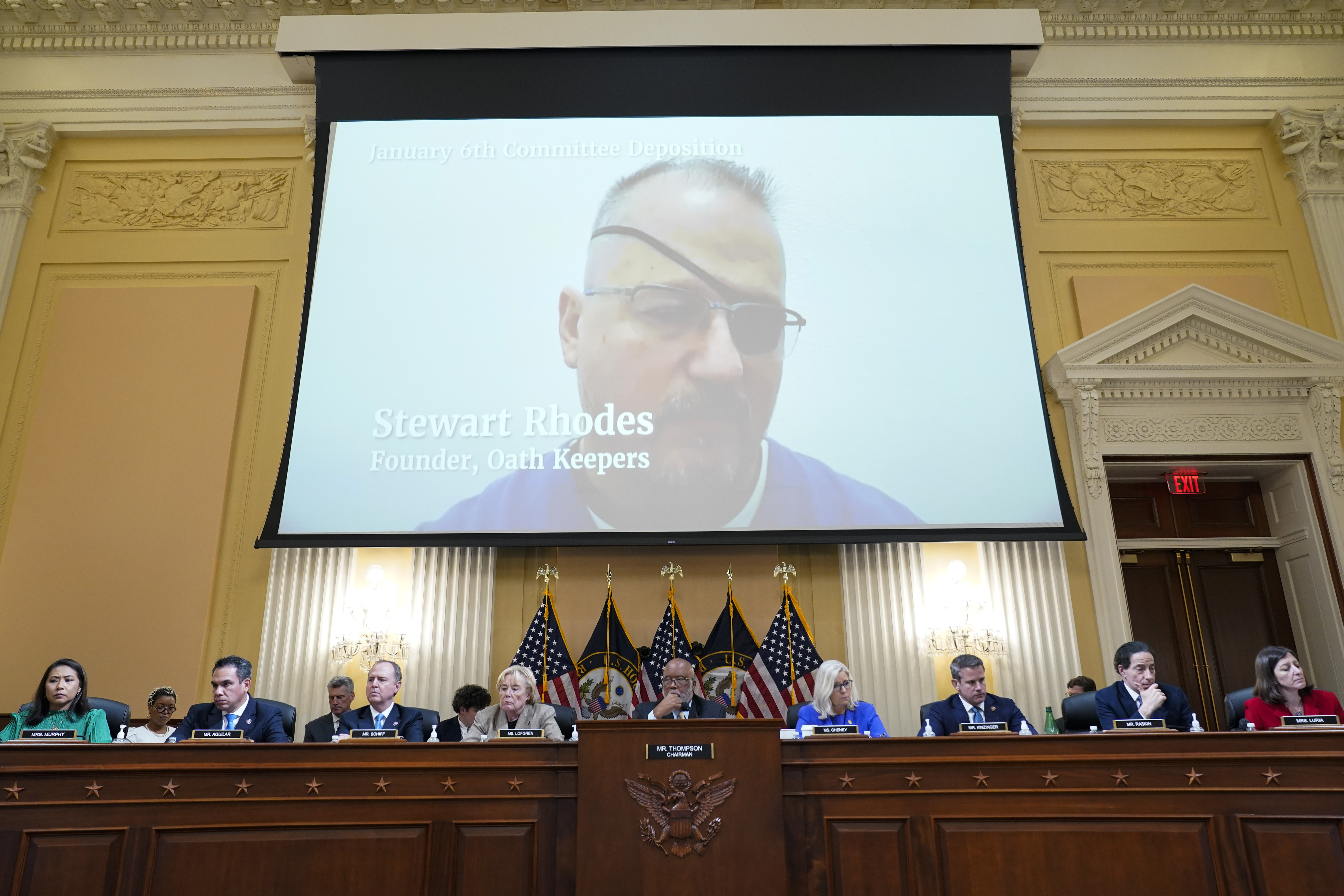 A defense lobbyist, a fiance of a Daily Caller employee, and a patent office worker entered a room, and it wasn’t even the set-up to a cringy political joke.

Jury selection for the most high-profile criminal trial to emerge from the Jan. 6 attack on the Capitol began on Wednesday morning. And more than halfway through the laborious process, what’s emerged is a uniquely D.C. snapshot — lawyers and a federal judge sifting through a government-centric populace in search of an impartial jury.

There was a former Hill staffer — and current defense contractor — who professed to being a reader of Politico Pro (full disclosure, we publish that). An elementary school principal whose good friend was close with a police officer who died days after Jan. 6. And a marketing professional who says she’s in social groups with Capitol Police Officer Harry Dunn. And from there, the distinctly Washington D.C. pool just kept on growing. In all, prosecutors and defense lawyers labored to narrow down the pool of 120 potential jurors to judge the seditious conspiracy case against five members of the far-right Oath Keepers, including their founder Stewart Rhodes.

More than halfway through the process, which is being overseen by U.S. District Court Judge Amit Mehta, a clear pattern has emerged: prospective jurors with strong feelings about the horrors of that dark day vowing to set aside any preconceived notions in order to judge Rhodes and his associates based on the facts and the law.

By late Wednesday, more than 30 potential jurors had advanced past the initial interview, approaching Mehta’s goal of 45. Once they reach that plateau, defense lawyers and prosecutors will exercise options to remove handfuls of the qualified jurors until the parties and judge settle on a final pool of 16 — 12 jurors and four alternates — to hear the historic case.

Mehta repeatedly swatted away challenges to several of the potential jurors by defense lawyers who worried that some of the candidates’ gut responses to Jan. 6, or the view of the Oath Keepers they had formed from media coverage, would be impossible to overcome. Rather, the judge said, those jurors had vowed to be open-minded and willing to hear evidence that might run contrary to the news they had consumed.

In the end, the pool resembled, to a large degree, Washington D.C.’s clubby professional set.

Rarer were the jury candidates who said they had little awareness of Jan. 6, like the mother of a one-year-old who said she watches more “Cocomelon” than news. But several others said even though they were familiar with the attack, they had little or a passing awareness of the Oath Keepers themselves.
Defense attorneys for Rhodes, as well as for the other Oath Keepers on trial, repeatedly pressed potential jurors about their views of Trump supporters, their knowledge of the Oath Keepers and their ability to fairly judge someone who may hold differing political beliefs.

In each case, those prospective jurors vowed to be fair, regardless of any political disagreements. That was enough for Mehta, who underscored these promises repeatedly as he rejected efforts by the defense lawyers to disqualify several of the jury candidates.

Rhodes and his associates are charged with conspiring to disrupt the peaceful transfer of presidential power by force. Prosecutors say they amassed a cache of weapons in Arlington, Va. and were prepared to deploy them to Washington if Trump had invoked the Insurrection Act in an attempt to try and overturn the 2020 election. More than a dozen members of the group — some of whom are facing trial later this year — breached the Capitol about 20 minutes after rioters first entered the building.

The Oath Keepers emphasize that they left their weapons outside Washington. They also stress that they were in D.C. primarily to perform security for high-profile participants in Trump’s rally at the Ellipse earlier that day and had no broader plan to storm the Capitol.

The widespread coverage of their actions and that day have created hurdles for putting together a dispassionate jury pool. Mehta and the lawyers probed each jury candidate’s diet of news media to get an understanding of how their views about Jan. 6 were shaped. They also asked each potential juror how much they’d watched of the Jan. 6 select committee’s public hearings in June and July, and whether they recalled any mentions of the Oath Keepers during those hearings.

Two candidates who made it through the initial screening expressed little to no awareness of the Oath Keepers, including the State Department employee who said he eschews news and politics because, as he put it, “I really don’t like it.”

When he did agree to strike one specific juror, Mehta cited another classically D.C. characteristic: that juror’s Twitter feed had strayed so far over the line into perceived bias that it could erode public confidence in the trial. The juror, an international dispute resolution attorney, had liked tweets calling Republicans “nihilistic” and comparing Trump supporters to fascists.

Even then, Mehta seemed torn. He described his decision to strike the juror as a close call, saying he was doing so out of an abundance of caution.

“It’s going to have to stand up to public scrutiny,” Mehta said of the trial.

Still, Mehta made clear his bar for disqualifying jurors in this early round remains high. He repeatedly emphasized that it’s rational for prospective jurors to have formed views about Jan. 6 and to have consumed media coverage of the event. All that mattered, he said, was that those potential jurors convincingly promised to set aside their views to judge the case — and displayed no “emotional” response to questions about the attack.

Perhaps the clearest divide between Mehta and the defense attorneys emerged over the case of a civilian Pentagon employee who described the Oath Keepers as “anti-democracy.” The man said he had a close friend who used to work in the House — prior to Jan. 6 — and who had shared personal stories with him of those who lived through the day. He expressed strong views about gun possession and said he would have trouble separating those views if he learned the Oath Keepers carried firearms. But he added that he would view the matter differently if the evidence showed they had left any weapons outside of Washington D.C.

The man said he viewed Trump as responsible for the events of Jan. 6, with significant contributions by the Oath Keepers and Proud Boys, but he emphasized that he had friends who are or have been Trump supporters.

Mehta placed particular emphasis on the man’s promise to be an impartial juror as well as his description of prior service on a jury in a murder case. The man said he ultimately voted to acquit the defendant in that case, feeling that the government had not met its burden of proof beyond a reasonable doubt.